Homegrown Talent To Rock The Stage 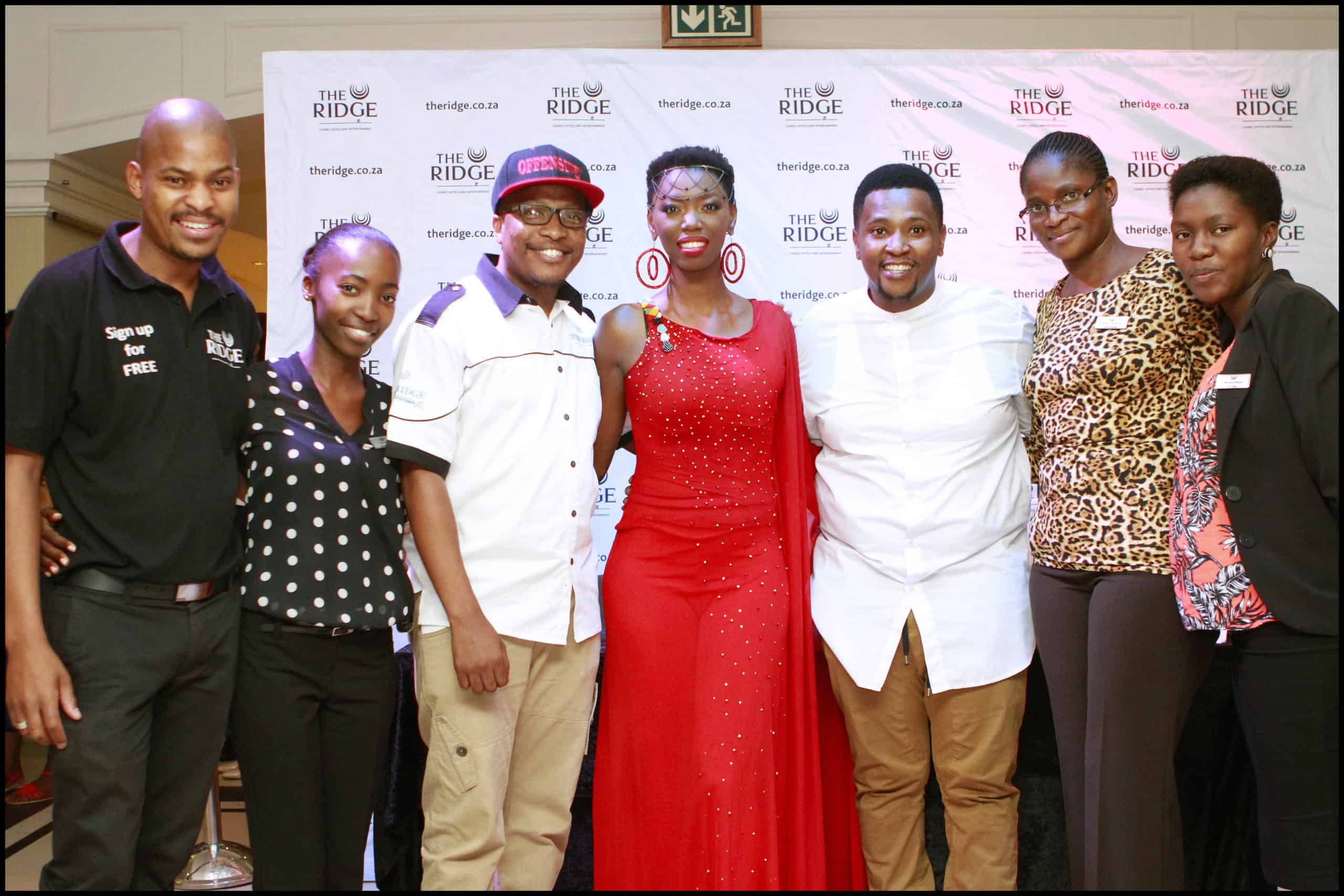 Homegrown Talent To Rock The Stage at The Ridge Casino

Together they will take their fans on a musical journey, singing reneditions of timelss hits by popular artists and some of their own original songs.

“The Ridge Casino is committed to building the local performing arts industry and providing platform for emerging performers to showcase their talents. We are thrilled to provide three of Mpumalanga’s finest performers with a stage. With Musa, Brenden and Monde collaborating on this show, it promises to be one of the biggest and most-memorable music events of the year.” says The Ridge Casino’s Marketing Manager, Thapelo Modise

Musa, who originally hails from eMalahleni, emerged victorious as the winner of South Africa’s most widely-watch reality talent competition in 2013. More than 2-million peoplevoted for him, pushing him into the lead, ahead of runner-up, Brenden, by amere 1 000 votes. Never before, in the history of that show, has there been such a close race for the winning-slot.

Musa has the world at his feet. With a recording contract from Universal Music South Africa, he will be working on his debut album. He plans to compose his own music, hoping to work closely with other artists such as HHP, The Muffinz and The Soil.

The runner-up in the competition last year, Brenden, from Graskop, was also extremely popular throughout the 9th season of the show, enjoying much love and support from fans countrywide. He is currently studying sound engineering at Emendy Sound and Music Technology College in Pretoria, South Africa. With his knowledge of contemporary music and professional training, Brenden is well-versed in studio production, mixing, and mastering music. Aside from singing, Brenden also produces music or “make beats” and writes his own songs.

Both singers have already released new singles with music videos –Musa’s single is “I Still Feel It” and Brenden’s song is called “Fingerprints”.

eMalahleni’s Monde Msutwana, another firm favourite from the reality talent show, is a versatile and talented performer who keeps himself busy performing in live shows across the country. He released his long-awaited debut single, “Anything Is Possible” in March last year and he also moonlights as a radio presenter.

Tickets to the show at The Ridge Casino cost R120 for standard tickets and R200 for golden circle tickets per person and are available from the casino’s cash desk. The event starts at 20h00.

For more information please visitwww.theridge.co.za  or call The Ridge Casino on 013 655 9300.